Atmiyata is an innovative & evidence-based community-led intervention to reduce the mental health and social care gap in rural communities.

The World Health Organization has listed Atmiyata as one of the 25 good practices for community outreach mental health services around the world. To know more, click here. 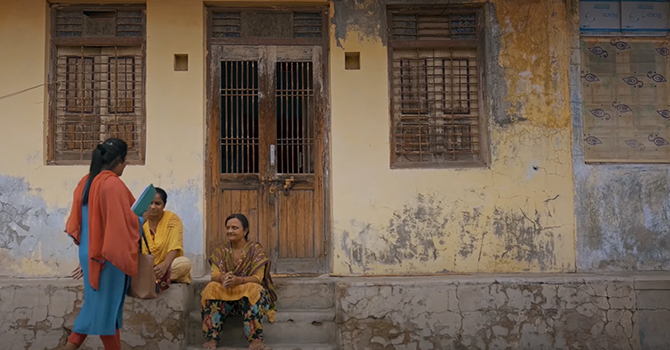 While models for mental health care involving lay-health worker have proven to be effective in controlled trials, there is limited evidence on the effectiveness and scalability of these models in rural communities in low- and middle-income countries. Atmiyata aims to bridge the mental health care gap by using a psychosocial model delivered through community volunteers to identify and support persons with distress.

How are we addressing the issue?

The second tier consists of Atmiyata Champions, who are important community members (e.g. former teachers, community leaders) with leadership and communication skills and are well-known and approachable in their village. Champions are trained to identify and provide structured mental health support to persons with significant mental distress, including the ones referred by Mitras.

Given the social barriers based on caste, gender and religion, the identification and support by Champions and Mitras ensure equitable reach and improves coverage of the intervention across the entire village.

The Champions are trained, mentored and supervised to conduct 4 activities:

(ii) Raise community awareness on social issues by ‘narrow-casting’ four 10-min films that are based on commonly experienced social issues in the community such as unemployment, family conflict, domestic violence, and alcohol-use. These are dubbed in the local language and viewed by a group of 3-4 community members at a time. These films are shown on the Champion’s smartphone either at a public space in the village, such as a temple or a farm or the Champion’s house. These films have been developed to build community mental health awareness and are not designed for training purposes or for intervention delivery related to counselling or symptom reduction.

What is the potential impact?

Atmiyata is an acceptable, feasible intervention that enables the community to address their own mental health and social care needs. It is a large rural community-led intervention that systematically evaluated its impact in real life settings, at scale. The results will be available under the publications as soon as it is published.

During Covid-19, Atmiyata’s training sessions were adapted and offered to volunteers of various organizations working on peer support, livelihood and public health organisations to increase psychosocial support across communities.

Atmiyata was nominated for the SKOCH Award 2019.

Atmiyata aims to scale-up the intervention across geographies and location to maximize the mental health and social care impact in rural communities.

Where have we reached?

In 2019, the intervention expanded its reach by collaborating with a partner to cover 71 villages, covering one lakh adult population in Ahmednagar district, Maharashtra.

We have partnered with Ambuja Cement Foundation to extend Atmiyata’s reach across 101 villages in Maharashtra, Chhattisgarh, Uttarakhand & Himachal Pradesh.